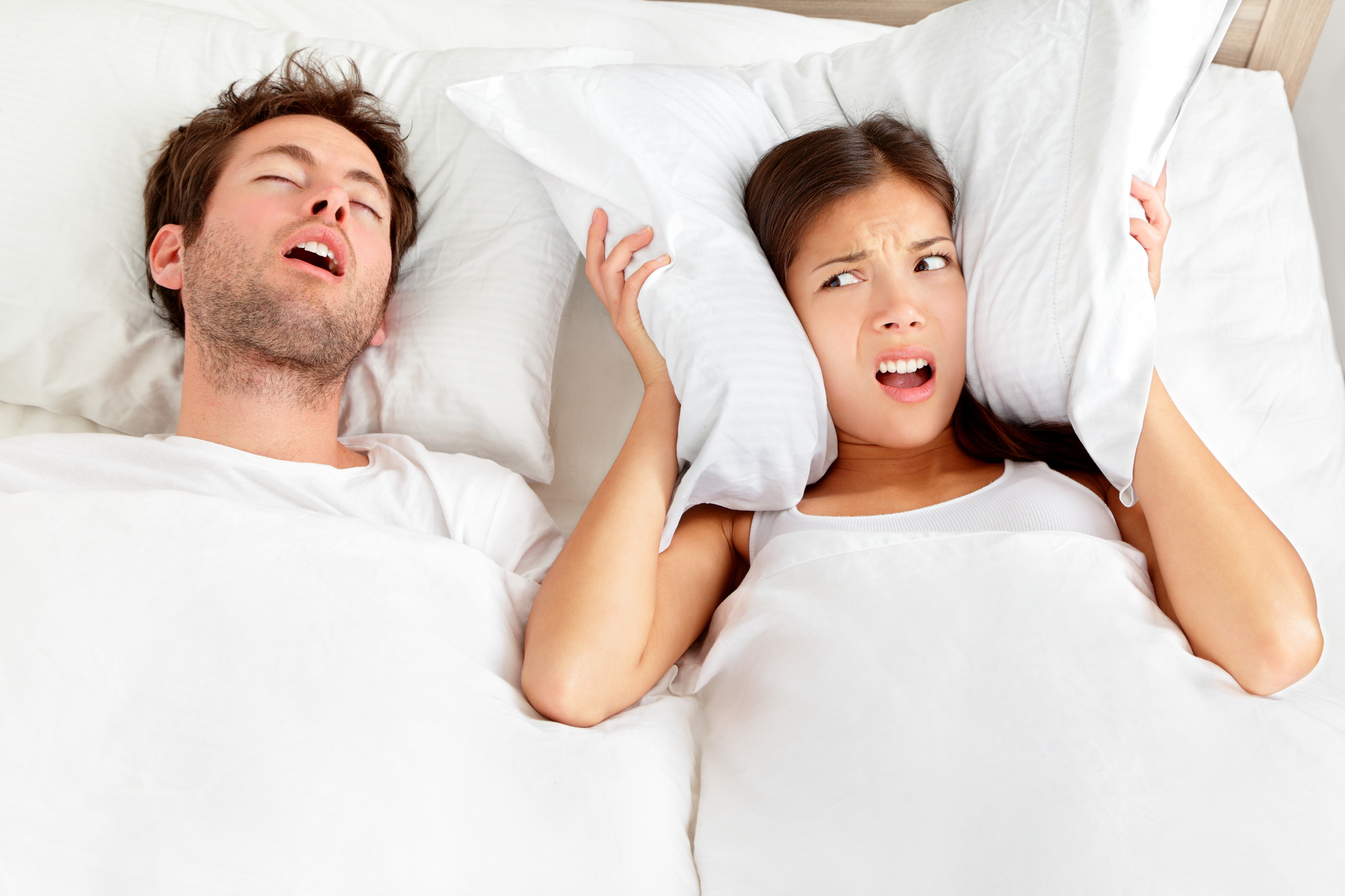 Talking in your sleep may be something that you do without even knowing! The only time you really know if you do is if someone sleeps next to you and hears your midnight mumblings.

But what causes it? Is it a bad sign? Can you accidentally let out a deep, dark secret while you're dead to the world?

Don’t worry! We’ll be covering all you need to know about somniloquy (sleep talking). We'll also offer a few tips and tricks to try and reduce it if you do it often!

What is Sleep Talking?

Sleep talking is exactly what it sounds like! It’s when you, or someone else, talks in their sleep while they’re not actually awake.

Talking doesn't always mean intelligible talking. There are occasions where sleep-talkers can have full, logical conversations. But many times it’s simply sounds or mumbles.

It’s considered to be a type of parasomnia, which means an abnormal sleep behavior. It even has a fancy scientific name—somniloquy.

Despite having a scary-sounding scientific name, it's not considered a medical problem.

Most of the time, people don’t even know they’re doing it! It doesn’t cause any harm, unless you accidentally spill a deep, dark secret! But that’s not likely.

It’s surprisingly common. Even if you’re not a regular sleep-talker, chances are you’ve muttered out loud at least a good few times in your life.

Why Does It Happen?

If you’re one of these unfortunate night-time mutterers, you may be wondering, “Why do I talk in my sleep? Is there something wrong with me?”

Well, the good news is that there’s nothing wrong with you. It’s actually quite normal, but scientists and sleep experts aren’t really sure why it happens.

They do believe that it runs in families, though! If you’ve ever heard your parent having a sleep-conversation, chances are higher that you do it too.

It’s also more likely to happen to people who are extremely stressed or suffer from certain mental health conditions. Post-traumatic stress disorder (PTSD) is a common cause.

That doesn’t mean that if you’re talking in your sleep, you have a mental health condition! Perhaps you’re overly stressed, your mind is very active, or you have a genetic tendency.

Here are some possible reasons that sleep-talking happens.

REM sleep is when we dream. In some cases (often in children), night terrors can cause the person to shout, talk, or kick and lash out in their sleep!

In more severe cases, this behavior disorder causes people to act out their dreams. The body should be paralyzed during sleep, but in this case, it isn’t. This can be dangerous (especially if you’re dreaming of fighting or skydiving)!

Neither of these are common, though. Children with night terrors often outgrow them. In severe cases, they may require some form of therapy to find the cause.

Stress comes in many forms. If you’ve been unusually stressed, it could manifest as sleep-talking. Maybe you are:

Any of these things, and more, could elevate your stress levels. Increased stress means your brain may not rest as well when you sleep.

This could lead to episodes of sleep talking! Remove the stress, and the sleep talking will most likely stop.

When the body’s core temperature increases, it could disrupt the signals in the brain. This can lead to a variety of symptoms, one of which is talking in your sleep.

The best thing to do is treat the fever and wait for it to break. Once the fever is gone, there should be no more sleep talking!

Just like a fever, foreign chemicals in the body can also change the brain's chemistry. When the chemistry of the brain is messed with, strange signs and symptoms can occur!

Once again, if you remove the source of the problem, the symptom should go away.

Who is More Prone to Sleep Talking?

Occasional sleep-talking is one of the most common sleep disorders! Up to 66% of the population have experienced it at some point.

Despite it being something that happens to many people, it doesn’t happen often. That makes it difficult for researchers to figure out if there’s a particular type of person who’s more prone to it.

Kids tend to talk in their sleep more than adults. Maybe because their imaginations are still so strong. It also commonly runs in families.

But if you’re not a child and don’t have a family history of sleep-talking, your chances are higher of doing it if you’re:

If you live alone, you may never know if you talk in your sleep! A family member or spouse will most likely let you know if they hear you chattering away during the night.

If you do live alone and really want to know, you may have to set up a night camera to catch yourself in the act.

Generally, sleep talking isn’t dangerous, though. It’s not totally necessary to know if you do it, unless it's disrupting a spouse’s sleep. Then, you’ll know very quickly that you do it!

Talking in your sleep isn’t harmful. It’s not an indication of any underlying health problems, although it can be a symptom of a fever.

But the act of talking in your sleep isn’t going to cause physical harm.

If you’re worried about accidentally saying something you shouldn't, don't be! Even if you do have deep, dark secrets, it’s not likely you’re going to spill them in your sleep.

Most of the time, sleep-talkers mutter and mumble incoherently. If they are speaking clearly, it often won’t make sense and you won’t be able to have a logical conversation.

Can It Be Treated?

All research has indicated that sleep-talking doesn’t need any kind of treatment. It doesn’t cause harm, or even really disrupt sleep.

If it’s beginning to bother your partner, though, you may want to take some steps to try and prevent it from happening.

Your partner can try earplugs, or even sleep earphones like Bedphones. But those don’t work for everyone.

Thankfully, there are a few things you can do to reduce the chances of sleep-talking. It may not go away entirely, but these steps can lower your chances of talking in your sleep! 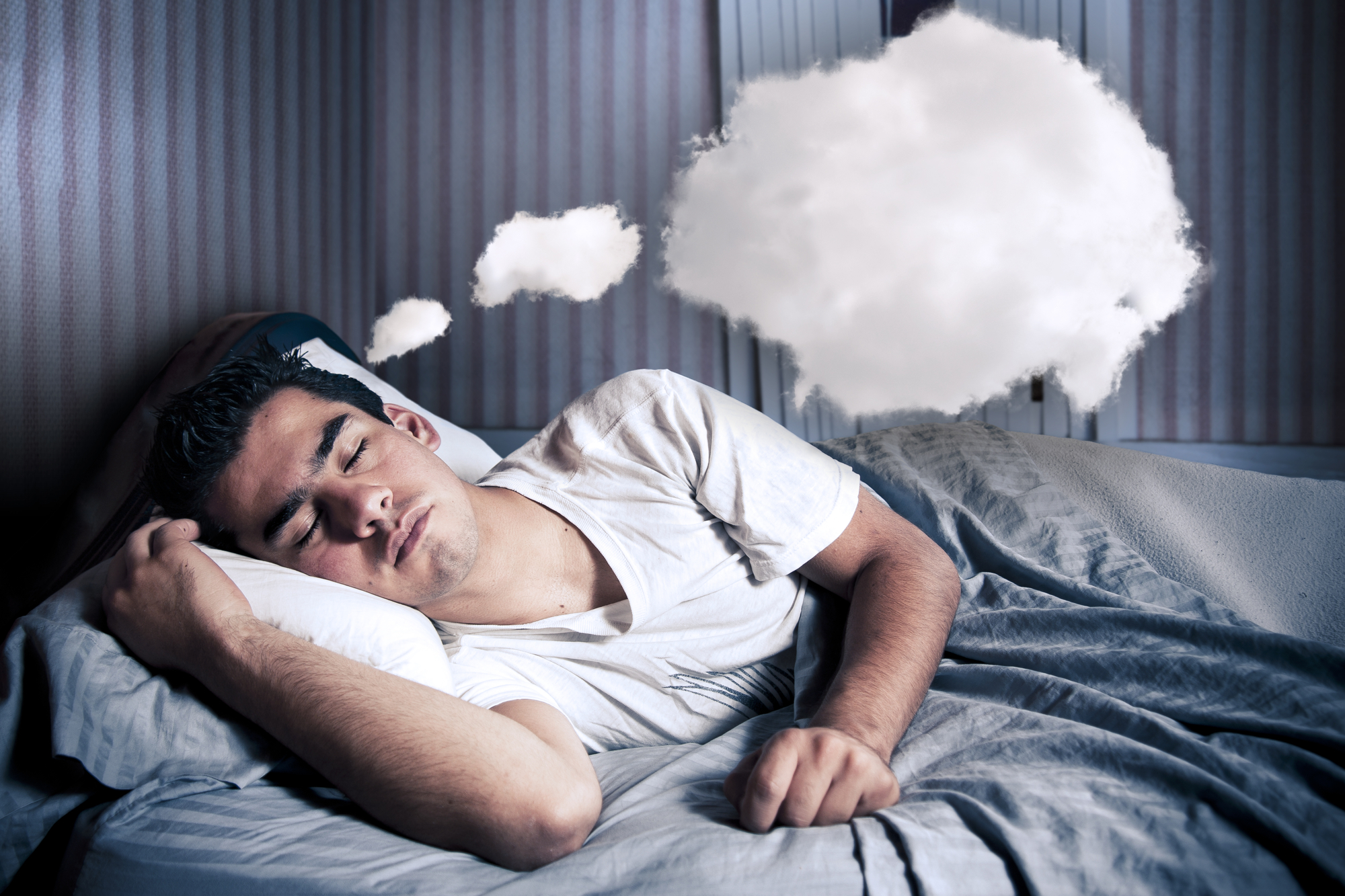 How to Stop Talking in Your Sleep

If you’re wondering how to prevent talking in your sleep, there’s good news. It’s as simple as improving your sleep hygiene.

If you’re a very frequent sleep-talker, it may take a few weeks of doing these things before you see an effect.

But even if you only sleep-chat every now and then, it’s worth following these points to get a better night’s sleep!

Having alcohol in your system when you go to sleep can prevent your system from shutting down.

While your body is dead to the world, your brain is all hopped up on stuff! This can cause sleep talking, sleep walking, or even things like night terrors.

Avoid drinking before bed to help prevent these things happening. If you do want a drink in the evening, wait at least 3 or 4 hours before going to bed.

Also, don’t overdo it! Be smart. One drink is all good. Seven drinks will raise the chances of negative things occurring while you sleep.

How often do you read those little booklets that come with your medications? I’m guilty of throwing them away before I even look at them!

If you sleep-talk often, it’s a good idea to double-check the side effects of any meds you may be taking. Sometimes, sleep-talking episodes can be triggered by medication.

You could also ask your doctor. If you’re uncomfortable with the thought of your meds making you talk in your sleep, he or she could provide a different medication.

There’s a lot that the body needs to do while it’s sleeping. One of those things is digesting your dinner.

The earlier you eat, the less digesting work your body has to do while you’re asleep. The gut is very far away from the brain and mouth. But if your system is digesting a heavy meal, it could prevent deep, good quality sleep.

When you’re in light sleep or REM sleep, you’re more likely to do wakeful things, like talking or walking!

Reduce Stress As Much As You Can

We understand. You can’t just quit your job, or avoid traffic, or get rid of that person who drives you to the edge.

But if your sleep-talking is stress-related, it’s in your best interest to reduce the stress as much as possible.

If you can’t remove the source of stress, try adding some anti-stress activities to your day. Meditation can be very helpful if you commit to it properly. Exercise can also reduce stress.

Even just doing a hobby that you love can help to lower stress levels. If all else fails, get a fluffy pup to cuddle!

Exercise In the Evening

A good exercise session before you go to bed can tire you out just enough for you to sleep dead to the world! Research suggests that it helps to improve sleep quality. 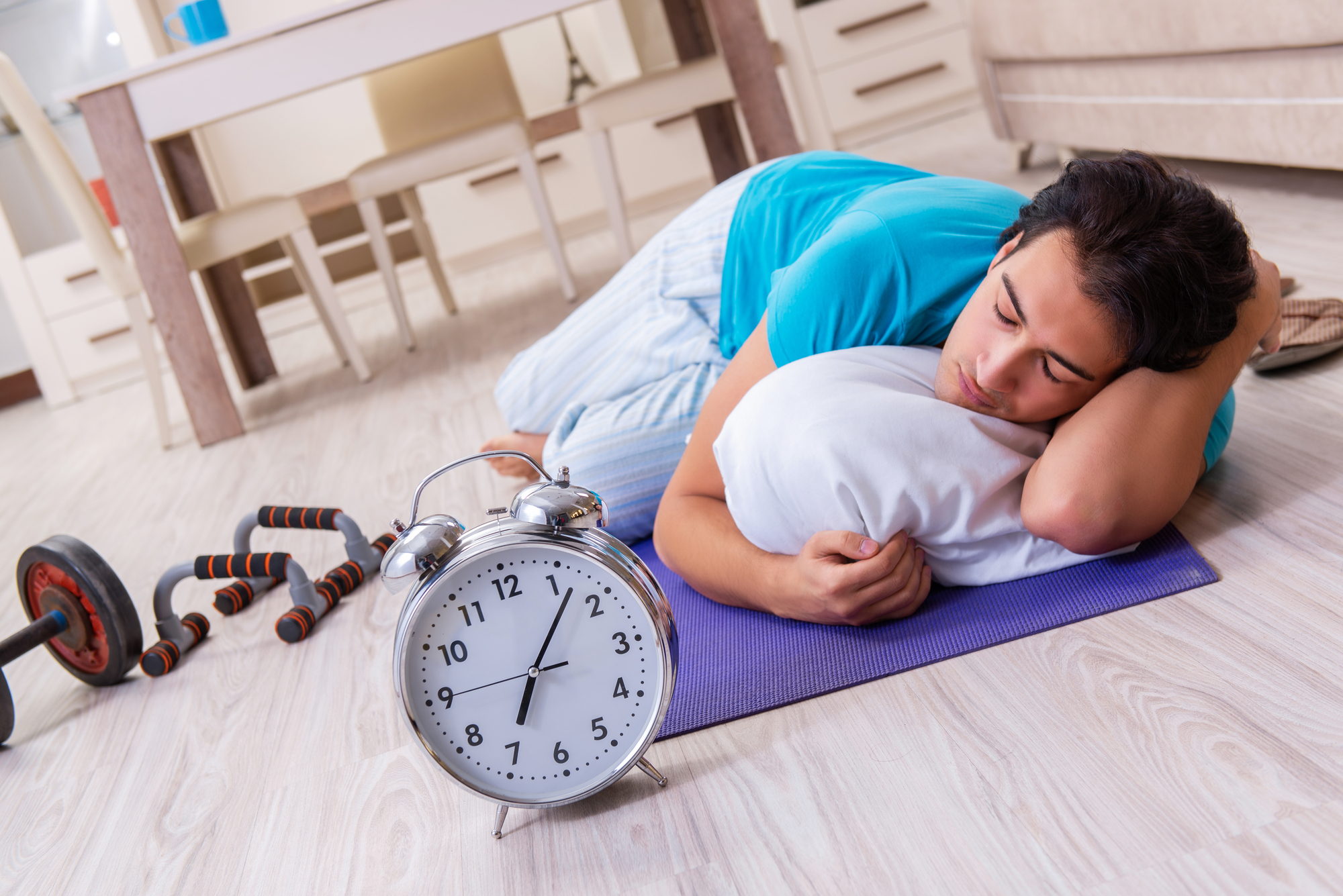 Talking in your sleep is really only weird if you sleep next to someone. It’s classified as a sleep disorder, but it’s nothing to worry about - it happens to everyone sometimes.