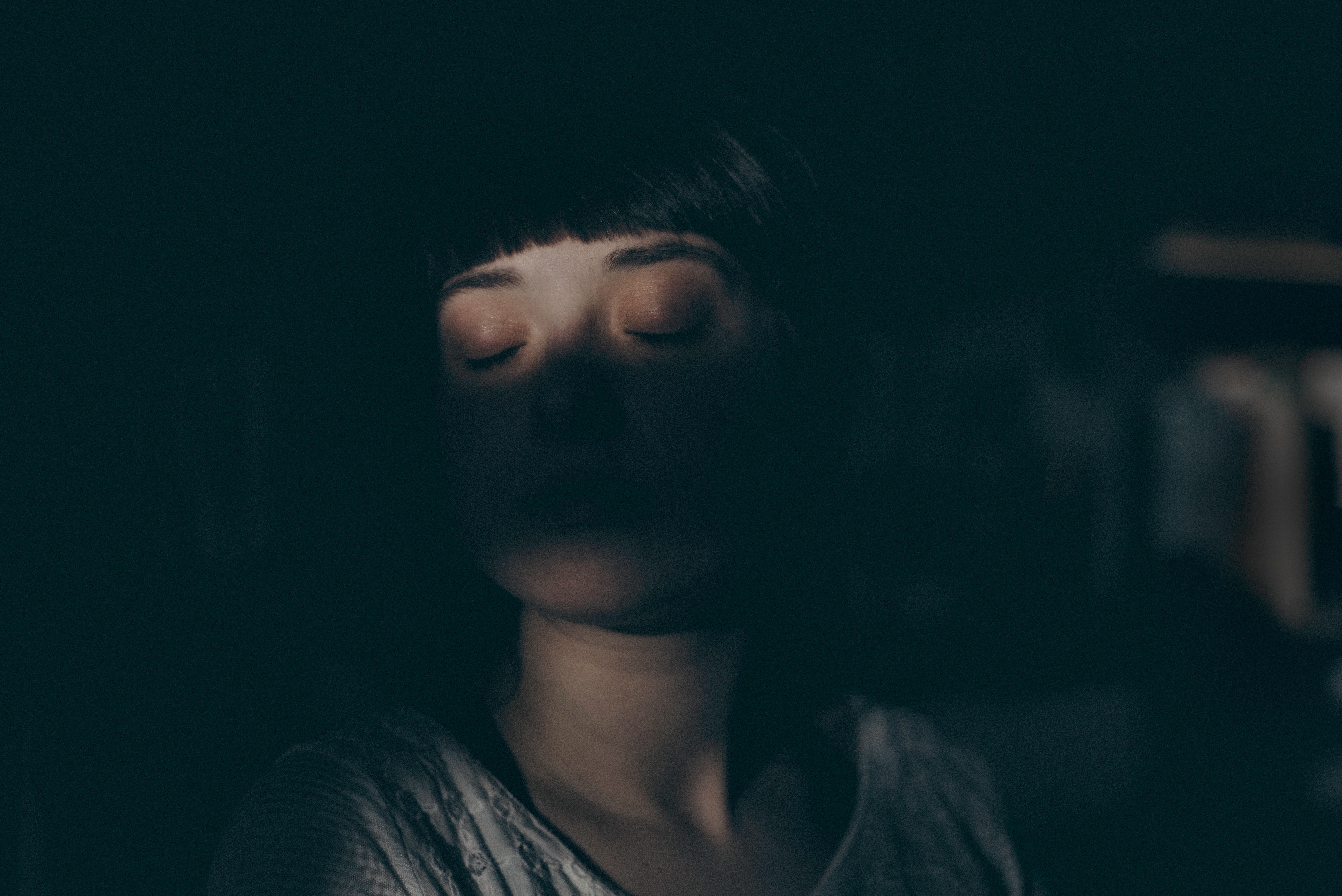 Paradoxical sleep may sound like something scary, but it’s a normal part of every sleep cycle.

You may have heard terms like REM sleep, activated sleep, and desynchronized sleep. But you may never have heard of paradoxical sleep (PS).

We’ll break down the mechanics of REM and paradoxical sleep in this article. By the end of it, you'll have a good idea of what exactly they are.

Whatever it’s called, this kind of sleep is essential for our health and wellbeing!

What Is A Paradox?

In simple terms, a paradox is a statement that seems to be ridiculous and going against common sense. When examined, though, it is actually true.

The phrases “less is more”, “be cruel to be kind”, and “spend money to save money” are good examples! At first glance they seem absurd. But when you apply some thought it’s understandable how they really are true.

The word comes from a combination of two Greek words - para, meaning “next to” or “outside of”, and dokein, meaning “to think”. It’s almost literally telling us to think outside of the box!

How Does This Relate To Sleep?

When it comes to sleep, the phrase “paradoxical” is used to describe a specific part of the sleep cycle. It's the stage of the sleeping cycle when our brains are incredibly active but our bodies are unable to move.

The brain waves during this time are so close to our waking brain waves that it’s almost as though we are awake. Our bodies, though, are dead to the world.

So, we’re awake… but not awake.

Are Paradoxical Sleep and REM Sleep The Same Thing?

Are they really the same thing?

Let’s begin by examining what happens in the body and brain during REM sleep.

What Happens In The Brain During REM Sleep?

As we go through our sleep cycle, the brain waves change. This happens to accommodate whatever processes are going on.

There are a few things that happen in the brain during REM sleep specifically, though.

Our Brainwaves Resemble A Waking State

From stage 1 to stage 4 of our sleep cycle, we move from a waking state to deep sleep. Our brain waves go from waking waves to slow-waves (low frequency, high amplitude).

In stage 5, REM sleep (some would say stage 4 is REM sleep, but the same facts stand), our brain waves undergo a change.

They begin to resemble the brain waves we had when we were still awake.

Some parts of our brain, which should be resting and rejuvenating, become quite busy once we get to the REM state.

These three areas are known as the limbic system. It’s particularly active during the last stage of our sleep.

This may account for why dreams are so vivid and things change so quickly.

The main eye-to-brain visual network remains shut down. But the secondary visual processing areas are intensely active. Our brain is still interpreting visual cues, even though we have no external input!

REM sleep is where most of our dreaming happens.

We do dream during other stages, but REM is where most dreaming happens.

Considering how active certain parts of your brain become, it’s easy to understand why most intense dreams happen during this time! 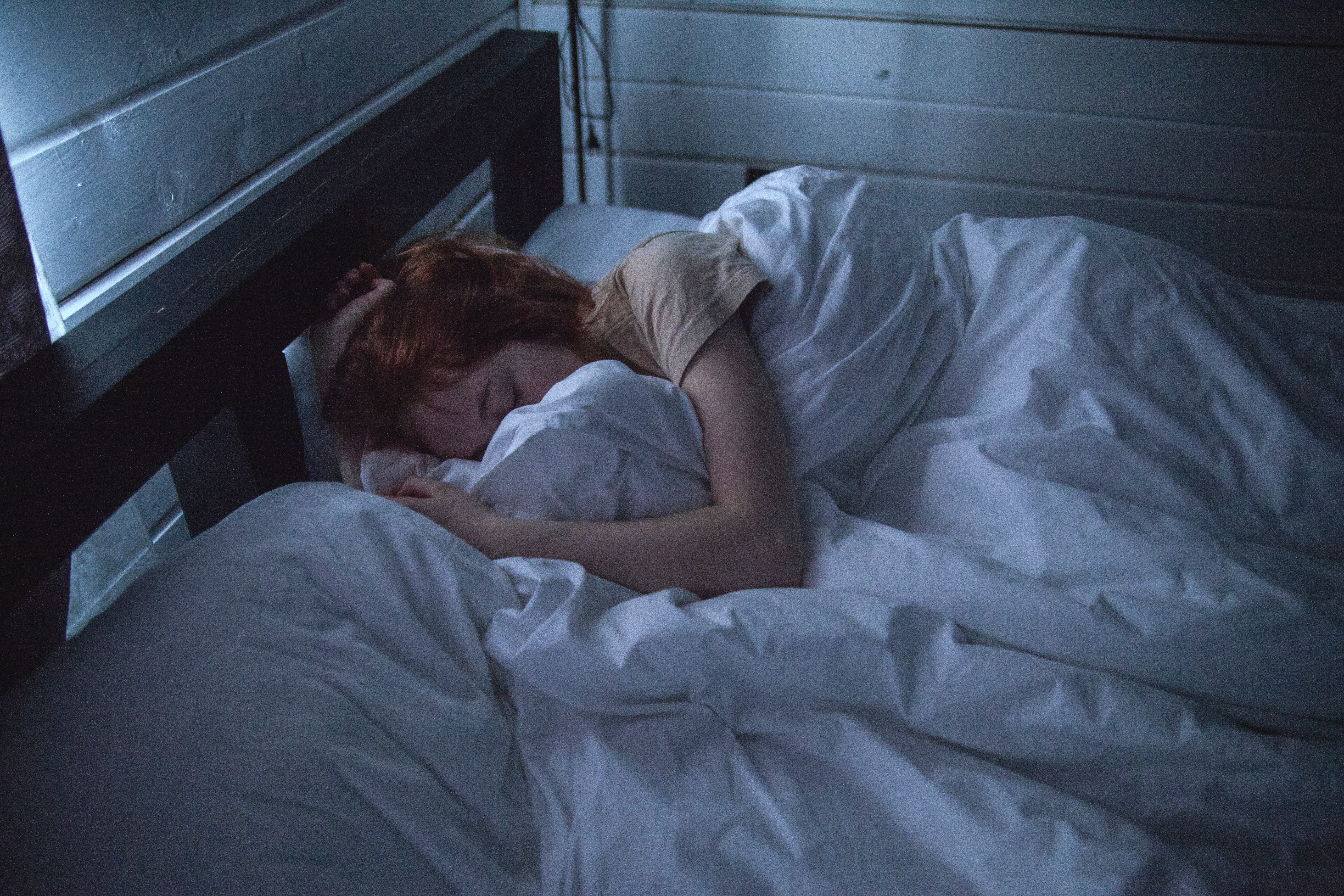 What Happens To The Body During REM Sleep?

While the brain resembles that of an awake brain, the body is the opposite during REM sleep.

The scientific term for sleep paralysis is atonia.

Certain chemical reactions in the brain cause the link between the brain and the body to go silent for a while. This is to prevent movement of the voluntary muscles. It's a safety measure so we don’t act out our dreams during the night.

You can imagine what sort of things may go wrong if your body was working at full capacity!

Those muscle movements that are essential for survival carry on.

Our autonomous nervous system is responsible for those actions we can’t control. Heartbeat, blinking, and breathing are things we don't actively concentrate on doing.

In our last sleep stage, some of our automatic functions begin to change as if we’re waking up.

How Does This Compare To The Mechanics of Paradoxical Sleep?

Paradoxical sleep is so named because of the weirdness of it. The body is fast asleep with no muscle movement, while the brain is lit up like it’s doing normal daily thinking.

If we consider the important points of PS:

We can see that the REM stage and paradoxical sleep have exactly the same features!

We can therefore safely say that paradoxical sleep and REM sleep are just different names for the same phenomenon. 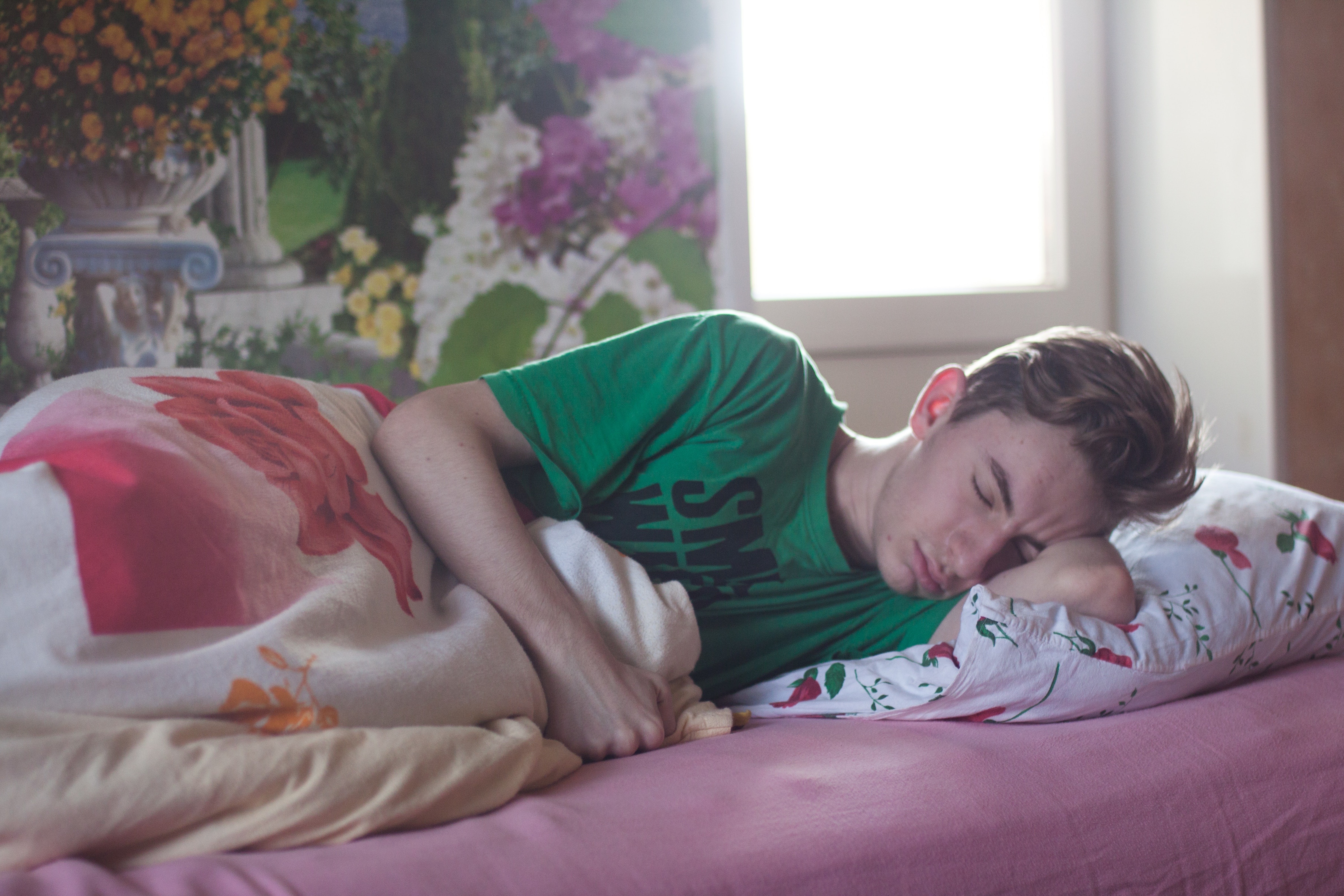 REM is the most commonly recognized phrase when it comes to the time of night that we dream. This kind of last-stage rest is also known as:

Most people know what insomnia is, and many of us have suffered from some form of it before.

Patients report little to no sleep during the night and being unable to fall asleep easily. But they show none of the typical signs of insomnia, such as:

The findings suggest that these people are hyper-aware of their surroundings while asleep. This awareness makes them believe that they’re awake. In actual fact, they’re getting a decent amount of rest each night but think they’re only getting an hour or two.

Insomnia can lead to a variety of health issues. A legitimate lack of sleep can wreak havoc on the brain and the body.

This kind of insomnia, though, can cause different problems. Because it’s an unusual condition, it may take a very long time to be diagnosed.

Most sufferers assume they’re having bouts of normal insomnia and treat themselves. Paradoxical insomnia, though, shouldn’t be treated the same way.

Dangers of undiagnosed paradoxical insomnia include:

Paradoxical intention is a therapeutic practice. It's often used as part of the treatment for sleep state misperception.

Paradoxical insomnia is more of a psychological disorder than a physical one. The idea behind paradoxical intention is to restructure sleep behavior in patients.

Patients who suffer from this condition underestimate how long it takes them to fall asleep. They spend the whole night (or so they think) actively trying to fall asleep.

This method simply instructs the patient to try the opposite - to stay awake as long as possible.

How does this help?

This is kind of the opposite of paradoxical insomnia. Patients sleep, but never quite get enough time in the deep sleep or REM states. They spend most of their sleeping time in a shallow rest.

Being deprived of paradoxical sleep can lead to a negative energy balance. This means we are using more energy than we actually have available to use as fuel.

Want some more fascinating info on this sleep state? Here are some interesting and little-known facts!

Animals Experience It Too

We’ve all had a laugh at our dog twitching and yapping while he’s asleep. He must be dreaming about chasing the mailman!

That’s not far-fetched, though!

Mammals and some birds also experience the stage 5 REM-type brain waves. Their muscles are paralyzed but their brain is unusually active.

While it takes us around 90 minutes to reach REM, dogs enter it after about 20 minutes. They go through the same kind of stages we do to get there, just in a much shorter period of time.

Insects and fish don’t seem to experience rest the same way we do. But research has proven that most mammals and a good many birds do!

There is a particular kind of disorder in which the muscles don’t become paralyzed during REM sleep.

This can be a problem when dreaming. It’s all good when you’re dreaming about sitting in a chair, having a conversation, or doing a low-impact activity.

But imagine dreaming about running away from something, playing a sport, or fighting.

When your muscles are still fully active during REM sleep, there’s a chance of acting out your dream actions!

It might sound funny to see a sleeping person trying to play tennis or dance. In reality, it can be dangerous and lead to injury (to the dreamer and others).

The visual cortices of the brain involved in stage 5 sleep have nothing to do with the eyes.

It’s not surprising, then, that blind people have REM episodes too!

Remember, scientists aren’t entirely sure of the function of REM. But regardless of whether a person can see or not, their brains still need proper sleep.

Nobody is quite sure what a blind person’s dreams may entail. They do report more instances of sound, taste, and smell in dreams that sighted people do.

Those who were born with sight and lost it may still have visual dreams. Even those blind since birth may experience shifting colors or light and dark.

Whatever they dream about, they have the same kind of REM stage as sighted people do. There is evidence of the rapid eye movements being reduced in those who can’t see, but they’re still there. 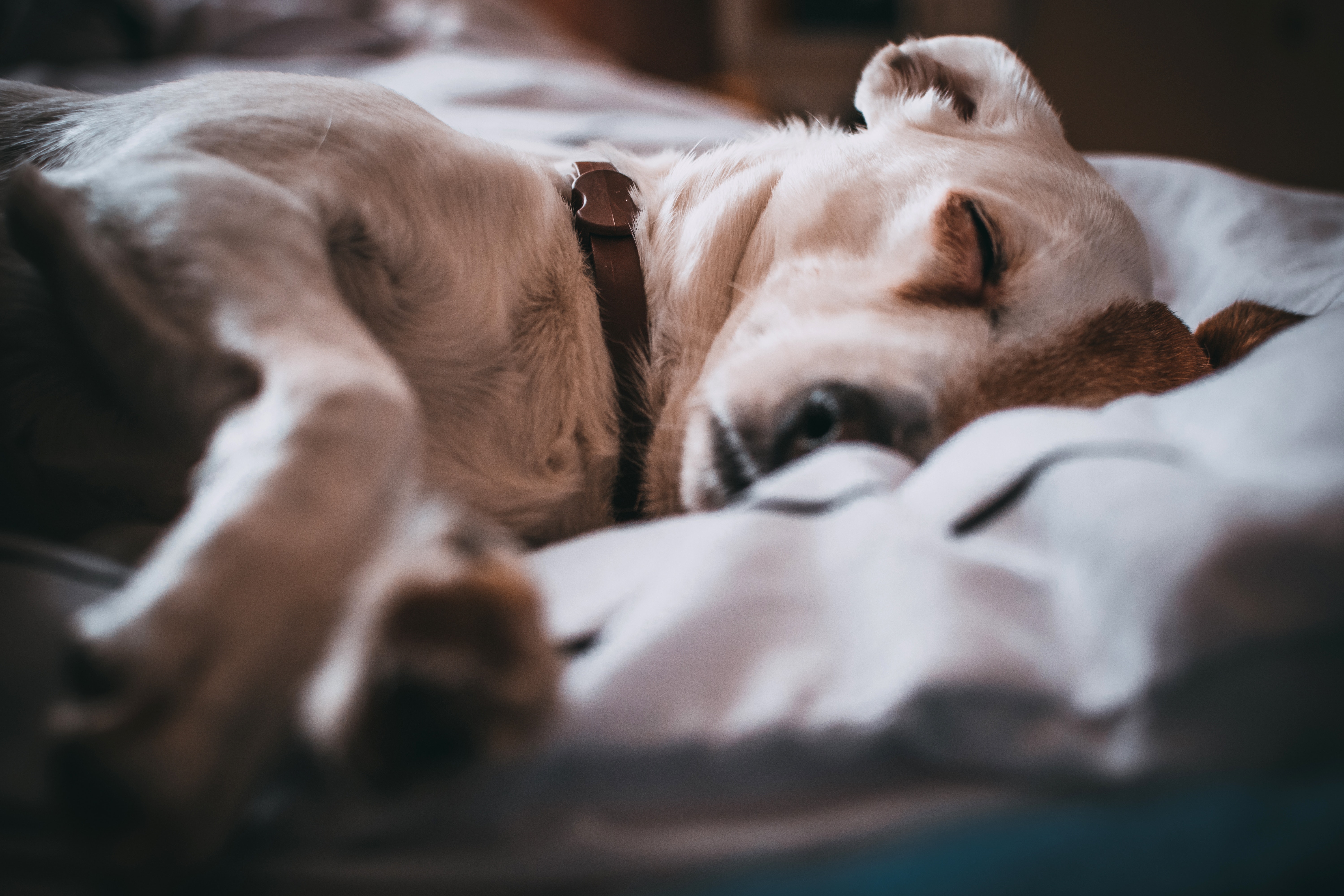 After comparing the two, we can see that REM and paradoxical sleep are exactly the same thing!

They both feature specific reactions in particular areas of the brain, at a certain time in the sleeping cycle.

In addition to that, both of them have atonia, or sleep paralysis. This prevents us from acting out what’s happening in our imagination at the time.

Next time you hear the words paradoxical sleep, you’ll know exactly what it means!