Next to water, tea is the most widely consumed beverage in the world. A tradition with ancient roots in dozens of cultures, the preparation and act of drinking tea has long been cherished as a calming ritual, promoting mental and physical relaxation.

Used for centuries to treat insomnia, stress, indigestion, and anxiety, tea offers a powerful natural remedy for those of us who struggle to relax after a long day of work, or who are prone to nighttime anxiety. Incorporating a bedtime tea in your evening routine can have a huge impact on boosting mood, digestion performance, and sleep quality.

From popular favorites like chamomile and lavender tea to the lesser known, yet amazingly beneficial, magnolia bark and passionflower, these 10 best bedtime teas will help you de-stress, relax, and sleep better.

Chamomile is one of the most widely recognized teas in the world. A medicinal herb that comes from daisy-like flowers, it’s been used in Ayurveda and Chinese medicine for centuries to treat pain, stomach ailments, and as a mild sedative.

It’s believed that a flavonoid present in the herb, called apigenin, has an affinity for binding to specific receptors in our brain that help us relax. This process is said to decrease anxiety and initiate sleep. It also stimulates muscle relaxation, which can soothe an upset stomach and promote digestion. Some research even suggests chamomile tea can help alleviate migraine pain and symptoms by releasing tension.

Bring the flower buds to a boil in a small pot, cover, and simmer for 3 minutes. Pour into mug using a strainer.

Known worldwide for their pleasant aroma, these vibrant purple flowering plants have a long history of medicinally uses, including the ability to alleviate symptoms of insomnia, stress, indigestion, inflammation, and upper respiratory irritations.

There are many scientific studies that demonstrate the benefits of lavender oil in reducing stress and anxiety. The flower’s aromatherapy uses are also well supported, with studies showing the fragrance of lavender alone to have a beneficial effect on insomnia and depression. Preparing lavender tea releases the oils, as well as the aroma, making it an excellent way to unlock the flower’s full potential.

While lavender tea benefits our mental state, it also has a positive physical effect on our digestion. Because of its high mineral content, lavender helps improve overall nutrient absorption during the digestive process, ensuring you get the most out of your meals. It also relaxes the stomach muscles and can reduce inflammation in the intestines, easing symptoms of constipation.

Bring the flower buds to a boil in a small pot, cover, and let steep for 3-5 minutes. Pour into mug using a strainer. 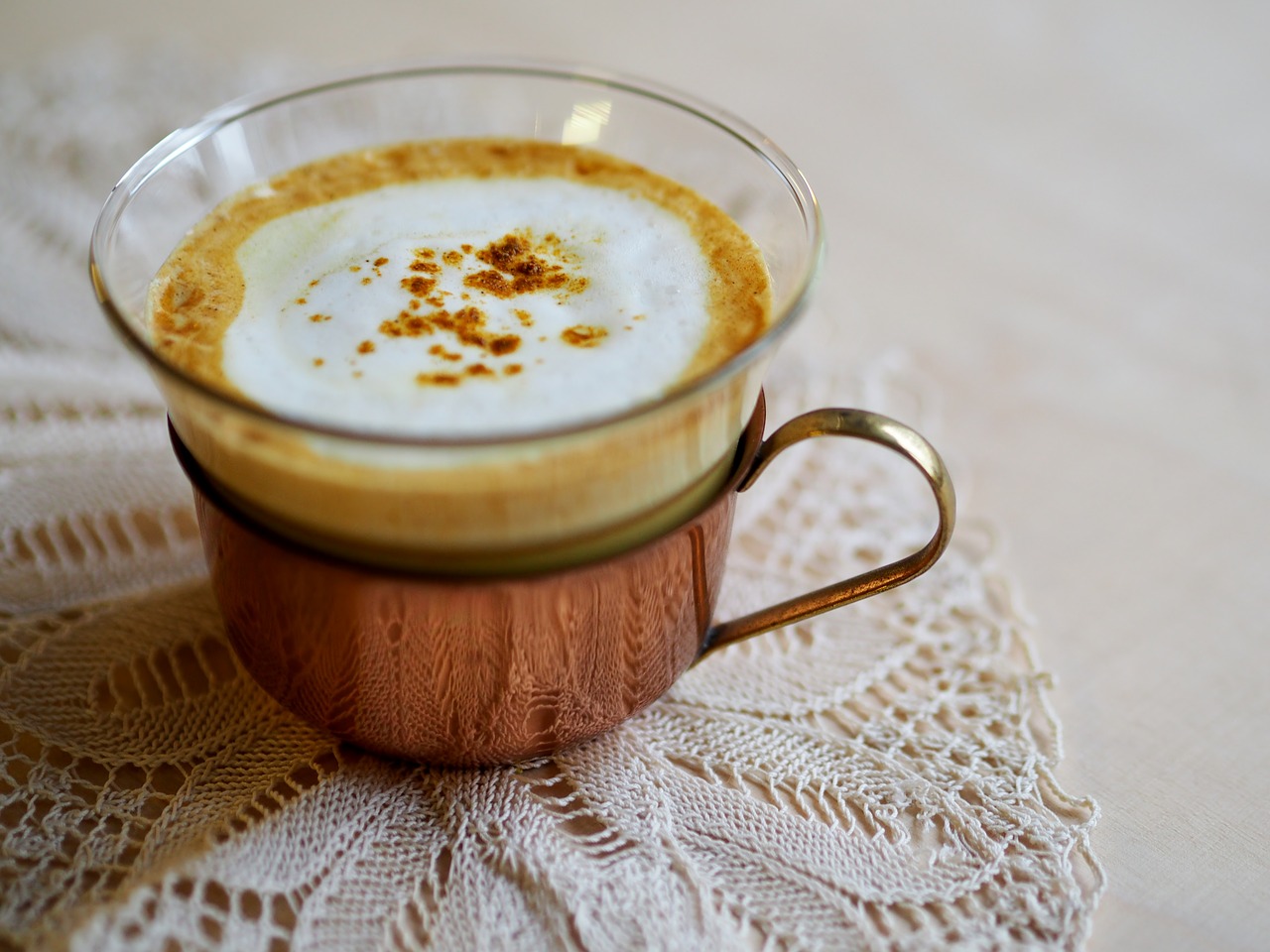 This flowering plant of the ginger family is a powerful anti-inflammatory and natural mood booster renowned for its many health benefits. Curcumin, a potent antioxidant found in turmeric, improves brain function and memory, while boosting the brain neurotransmitters serotonin and dopamine (the ‘feel good’ chemicals). Studies have even shown curcumin can reverse harmful brain changes induced by chronic stress, and stimulate the formation of new brain cells - two processes that prevent and treat symptoms of depression.

While turmeric itself does not act as a sedative, its ability to reduce stress, lower blood sugar levels, and improve digestion all help contribute to a better night’s sleep.

** Consuming turmeric with black pepper enhances the absorption of curcumin by 2,000%!

Heat the almond milk in a small saucepan and add the spices as soon as the milk begins to warm (before it’s hot). Simmer ingredients for 1-2 minutes. Add honey to taste.

Made from the roots and underground stems of the valerian plant, valerian tea is famous for its potent calming effect. Often referred to as the more powerful version of chamomile, valerian tea benefits include sleep promotion, overall improved sleep quality, decreased stress, and menstrual symptom relief.

In a review paper published in the American Journal of Medicine, the methods and data of 16 different valerian studies were carefully analyzed. While the review identified some possible methodological problems, it did conclude that the studies showed a significant improvement in sleep quality for participants using valerian. Valerian is considered safe by the U.S. Food and Drugs Administration (FDA) and makes a great, natural alternative to sleeping pills.

Place the leaves to boil small pot. Let simmer for 3 minutes, then turn the heat off and cover for 5-10 minutes. The longer you leave the tea to steep, the more potent it becomes. Valerian root has a slightly woodsy, bitter taste. Try adding a bit of honey or almond milk to sweeten the flavor. 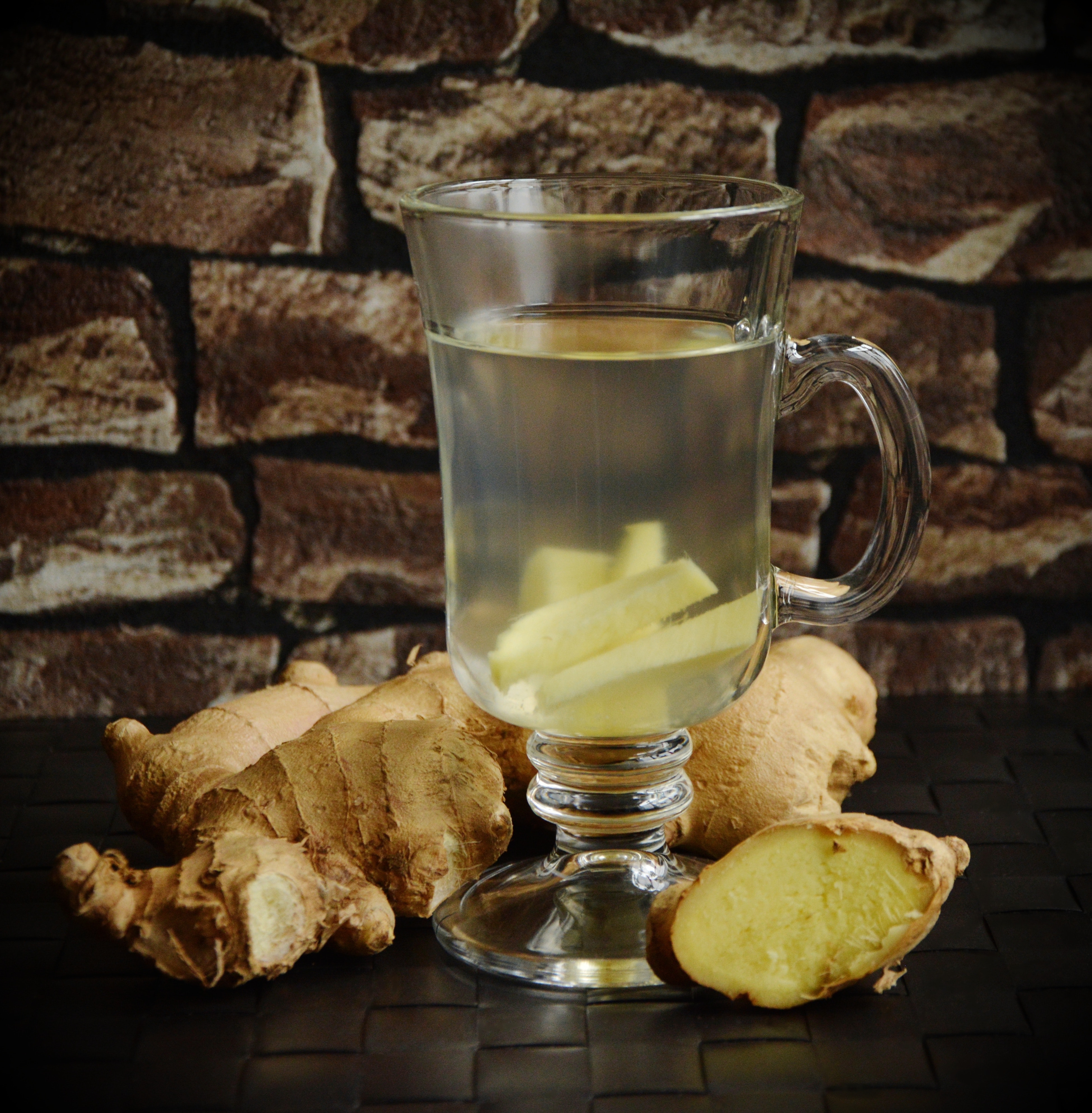 Muddle 3-4 small pieces of fresh ginger in a mug. Top with boiling water; add honey and fresh lemon to taste.

A member of the mint family, lemon balm has long been used as a medicinal herb to relieve anxiety, promote sleep, and alleviate digestion problems. The green leaves, which have a slight lemon aroma, are believed to contain chemicals that have a sedative, calming effect on both the body and mind. Its ability to relax muscles makes it a powerful aid in soothing pain and discomfort caused by upset stomach, indigestion, and menstrual cramps.

Whether lemon balm is being used to treat pain or improve mental state, it offers numerous benefits without the adverse side effects associated with prescription drugs. There are also studies that show lemon balm to enhance attention and cognition.

If treating insomnia, mix lemon balm with other sleep-promoting herbs, such as chamomile or valerian, for a more potent tonic.

Pour boiling water on top of fresh leaves in a mug, or over dried leaves using a strainer. (If adding chamomile or valerian, bring all herbs to a boil in a pot before straining.) Let steep for 3-5 minutes. 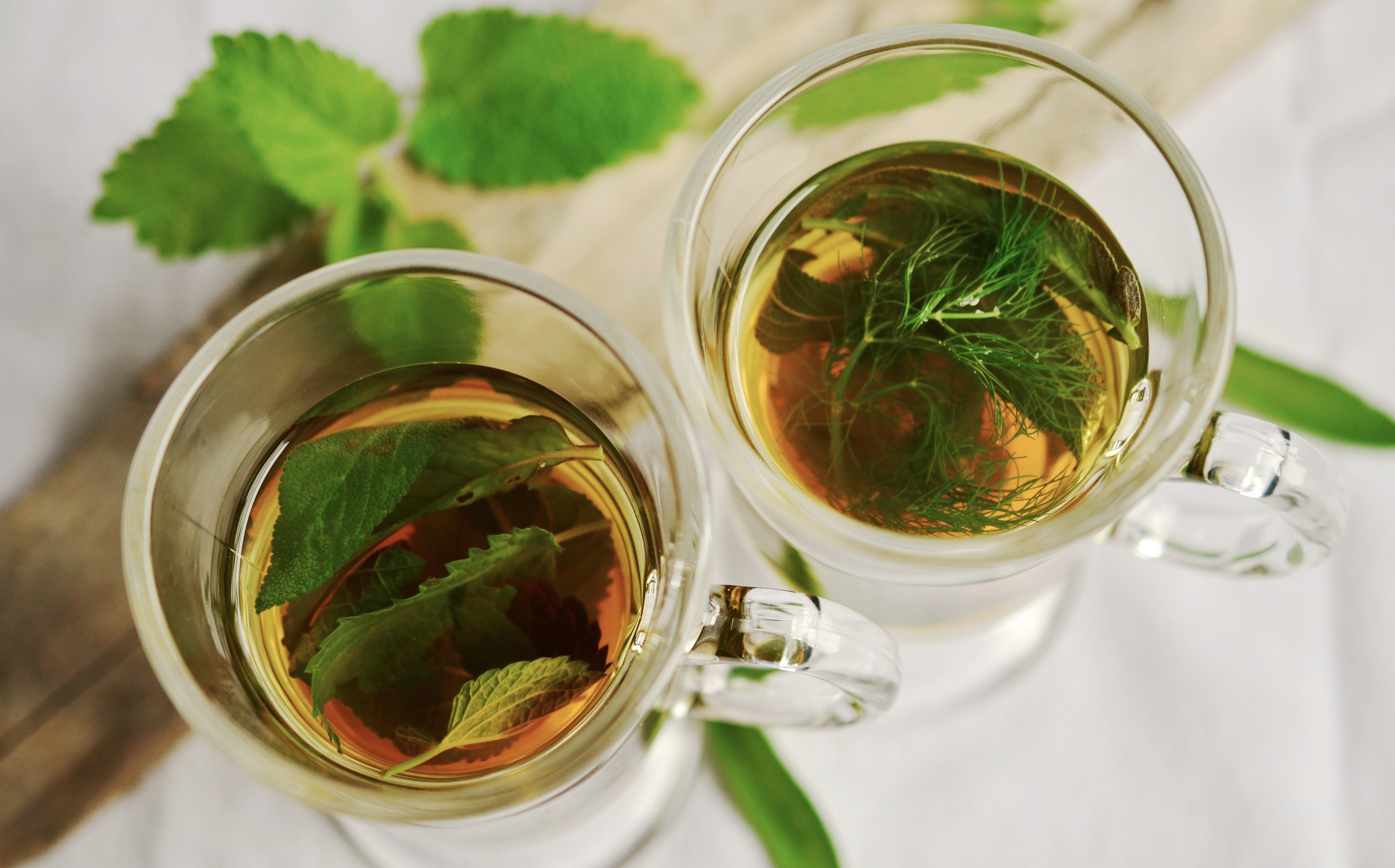 Well known for its ability to soothe many stomach ailments, peppermint can be used to infuse both beverages and food. Like lavender, it also has aromatherapy benefits. Peppermint tea is great for treating stomach aches, cramps, heartburn, gas/flatulence, indigestion and diarrhea. It’s also be shown to work as a natural painkiller by opening up constricted blood vessels. This makes it an effective remedy for those who suffer from frequent headaches.

Bring the mint to a boil in a small pot, cover, and let steep for 3 minutes. Pour into mug using a strainer.

Native to China, both the bark of the magnolia tree and its flowers have been used as a therapeutic compound in traditional Chinese, Japanese, and Korean medicine. It’s used to ease anxiety, promote sleep and relaxation, and to treat allergies and asthma.

Scientist have found the bark of the magnolia tree to have agents that function as an anxiolytic, helping to reduce stress, anxiety, and depression. It’s also been found to boost GABA activity - a neurotransmitter that has a calming effect in the brain. When making a tea for digestion, magnolia bark pairs well with ginger.

Magnolia bark can be a bit tricky to find. Most often sold in tea bag form, try your local herbalist or health food store. But be sure to consult your physician prior to starting magnolia bark if you’re unfamiliar with the herb. Women who are pregnant or breastfeeding should not use magnolia. 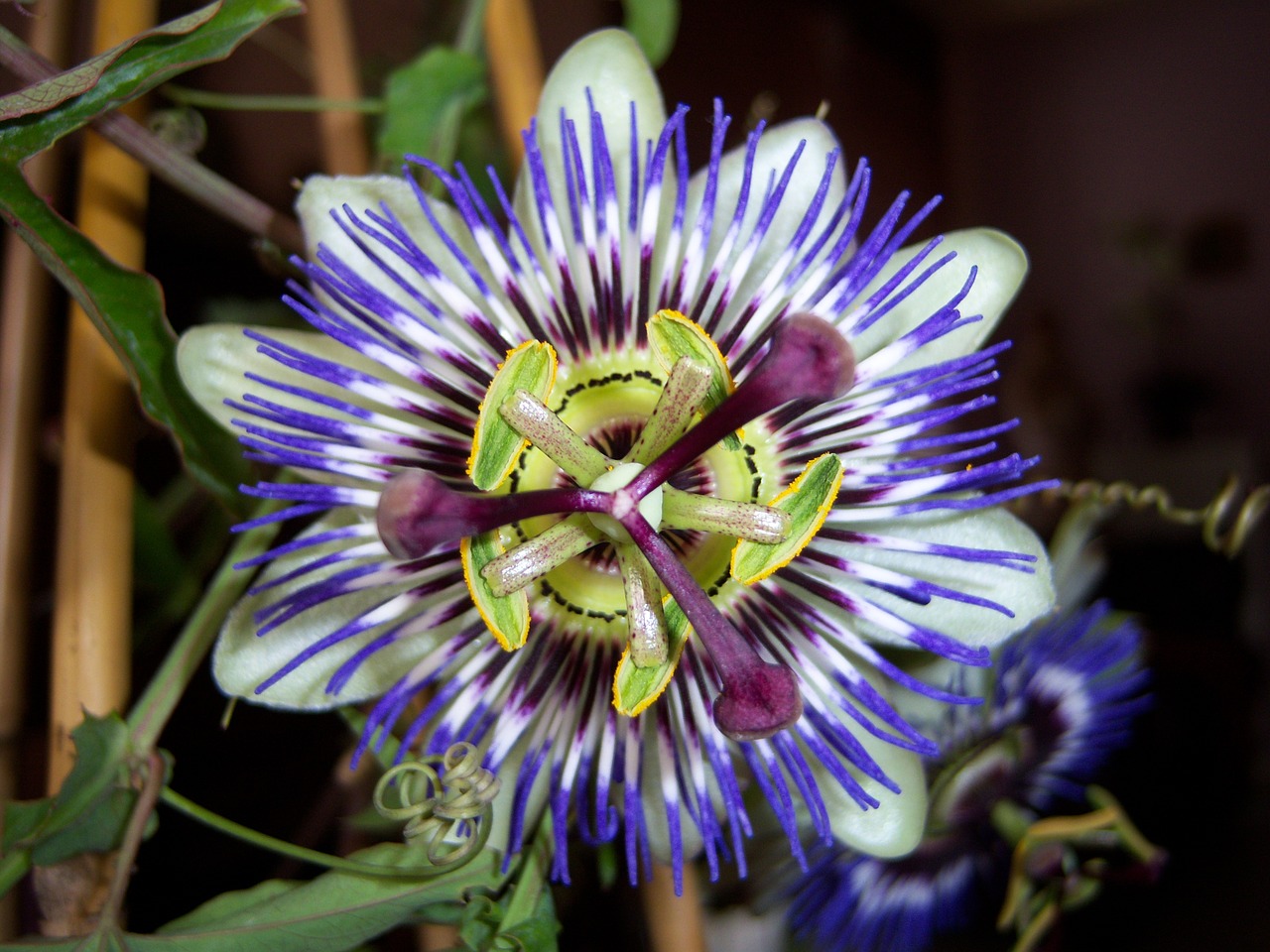 Passionflower has long been used by Native Americans to treat an array of ailments. Today, it’s become increasingly popular as a valuable and effective natural remedy for anxiety and insomnia. Recent studies found passionflower to have a direct effect on reducing stress and nervousness. Another study, conducted explicitly with passionflower tea, concluded that the herb produced visible improvements in the sleep quality of adults.

If you’d like to use passionflower for sleep, try combining the herb with valerian root and lemon balm to produce a higher-strength bedtime tea.

Pour boiling water into a mug over dried leaves using a strainer. (If adding chamomile or valerian, bring all herbs to a boil in a pot before straining.) Let steep for 5-10 minutes.

Most commonly known for their role in brewing beer, hops are also used to make herbal medicines. Hops - the dried, flowering part of the hop plant - are believed to contain chemicals that reduce swelling, prevent infections, and cause sleepiness. It's used to treat anxiety, sleep disorders, nervousness, irritability, symptoms of menopause, and inflammation

When prepared as a bedtime tea, or a tea for anxiety, hops is commonly paired with valerian.

Bring leaves to a boil and let steep for 10 minutes. Pour into mug using a strainer.

While the herbs listed in this article are all generally safe, it’s always a good idea to talk to your doctor before using as them as a treatment. Especially if you’re currently taking prescription drugs, or for women who are pregnant or breastfeeding, consult a professional about any possible interactions.